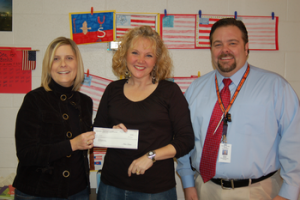 Mr. Roski: A True Story with Embellishment for Names and Minor Details

In a bustling Chicago suburb, an average-sized elementary school sat in the middle of a residential area. The well-manicured shrubs and tidy playground were a welcoming sight to parents, students, and staff members. When visitors entered the building, they were greeted by large framed prints of famous and wonderful paintings.

Echoes of balls bouncing resounded from the gymnasium nearby. The office staff was helpful and greeted everyone with a smile. Teachers were proud of their school, and their students’ work adorned the hallways. Everything about Hawthorne Elementary School reflected a sense of pride in each person who graced the building, from the youngest morning kindergarteners to the dramatic sixth graders. From the aged but feisty gym teacher to the stern but enthusiastic librarian. From Mrs. Frey, who had been there from the moment the doors opened forty years earlier, to Miss Morgan, who hung her brand new diploma on the wall of her first classroom. Hawthorne Elementary School was truly a place where others wanted to be.

One overlooked part of Hawthorne could be found behind a heavy gray door at the end of the hallway. Behind that door were sounds, loud and whirring. The smell of oil and cleaning supplies emanated from the room. It was a room that was easy to overlook, but if you did, you might miss one of the greatest treasures of the sweetest little school in the suburbs.

Mr. Roski was the janitor at the school. The 6-foot-2 man with the slicked-back hair was a quiet and precious presence in the school. The noisy room that smelled of dusting spray and bleach was his headquarters, but that room could not contain his influence. As Mr. Roski, smelling strongly of Old Spice and faintly of Clorox, meticulously made his way through the hallways with his dust mop each morning, he stopped at each door and greeted each teacher. His greeting was seldom rushed and was always accompanied by a smile. He stopped to reach a book stuck on the top shelf or to redirect a misguided cricket out the door. He crouched to pick up the smallest trace of a wrapper, and set his mop aside to screw in a light bulb. Whatever Mr. Roski did, he did with a hum.

As the morning got underway, and the students were busy with work, Mr. Roski made the rounds to each of the special areas in the school. The counters of the office gleamed. The glass windows and doors in the front and back of the building shone. The carpets were clean and dust bunnies swept away. Every library shelf was dusted, and even the benches in the front hall were polished with care. He would stop occasionally to mop his brow with the tattered blue bandana that he kept in his pocket. And he continued to hum as he worked. He was the busiest man in the building, but no student ever saw it that way. He stopped and listened to every excited first grader who wanted to show him the new space left by a lost tooth. He patiently soaked in every word of the stuttering child who wanted to tell about his new pu-pu-pup-p-py.

No door, no matter how heavy, could have stopped the influence of Mr. Roski. It permeated the hallways like the scent of fresh-baked cookies. There was no one in the school that was untouched by his life. Yes, the school gleamed as a result of his tireless efforts. But it was the hearts of the children and teachers, officer workers, and volunteers, that were most influenced by this quiet, gentle giant. His cologne was a little too strong, but his shirt pocket never ran out of peppermint candy canes, no matter what the calendar said. He was the first to share a belly laugh and the first to shed an empathetic tear. Hawthorne Elementary School was the sweetest little school in the suburbs largely because of the dedication of one man to make it clear that each child was valued in the brick-and-cinder-block building he made feel like home.