Someone Who Believed – Story Honoring Mrs. Firestone and Mrs. McDonald 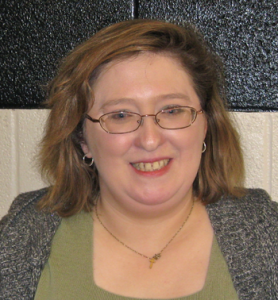 Even though I was smart, no one quite knew what to do with me in my rural public high school. I wasn’t a pretty child or a very friendly child. I was odd, and I often smelled. Even though I tried to take care of myself, there were certain smells I just couldn’t get out of my clothes. People whispered behind their hands, “what do you expect-coming from those kind of people.” My father was in prison and my mom was just barely hanging on. We lived in a dirty house with no running water, though I did not want to admit that to anyone.

School was uncomfortable. Few people were willing to sit beside me. I seldom tried to talk to my classmates. I dreaded group activities because the teacher always had to assign me to a group. No one wanted me because I was just so different.

Ninth grade was miserable. I was always on the outside of groups, and I was often the object of mockery. I was just as willing to not come to school, but I knew that school was going to be my only way out- out of poverty, out of my home, out of the town where everyone knew everything about me.

I kept decent grades even though I missed many days. Some teachers tried to be kind, but it was hard for me to trust them. There were things which were better for adults not to know. So I sat in classes and seldom talked. I did my work and tried not to be noticed. I was so tired of being noticed for all the wrong reasons. People knew who my father was and knew where he was.

People pitied my mother both for being married to my dad and for her own mental health issues. She had lived a hard life with many disappointments which left their emotional scars. She worked many hours to try to keep food on the table and a roof (such as it was) over our heads. No one asked why she did not attend parent-teacher conferences or the PTO. They were probably just as glad she wasn’t there.

I don’t know if they wanted me to drop out of school, but I do know that no one really expected anything out of me. I saw the smirks when I signed up for advanced classes. I had teachers who suggested that I might benefit more from typing than from Algebra II or trig. I just nodded respectfully and kept plugging away.

Tenth grade offered me something that I had never had before at school- a safe place. Mrs. Susan Firestone, my tenth grade English teacher, had just returned from leave. She did not know my brother or any of the talk from the year before about my family. She saw the painfully shy girl sitting alone in study hall and asked me if I would do her a favor. She took me to her classroom and let me grade papers. I loved it. I loved that no one in there made fun of me. I loved that for once I was doing something for someone else.

Mrs. Firestone’s gentle way of praising and thanking me when I finished tasks, both in class and during study hall, really made me feel good. I felt that I was really accomplishing something. I came to school more often and even began to speak sometimes in class. It was not a radical transformation, but slowly I became a little more confident. I talked with Mrs. Firestone about how I wanted more out of my life and how I wanted to go to college- something neither of my parents had done. I was still careful to edit much of my life out of our talks, but she probably knew any way. She just had too much sensitivity to ask about the things I did not want to discuss. She encouraged me to do well in school and reach for my dreams of college.

In my junior year, I was blessed with another wise woman as an English teacher. Mrs. Paula McDonald was aware of my family situation, but it didn’t seem to matter to her. She was more worried about my doing my school work than about where or with whom I lived. She was an energetic teacher who demanded much from her students even as she offered a calm acceptance of our adolescent turmoils.

I was still a teacher’s aide for Mrs. Firestone and was really trying hard in Mrs. McDonald’s class. I knew that Mrs. McDonald taught Advanced Placement English for seniors, and I wanted to be in that class. I was on the borderline in requirements, but Mrs. McDonald believed in me and gave me a chance. By senior year, I was mostly free of the painful notice. I was more confident of my abilities. Many of my classmates were more accepting of me, and teachers were noticing good things instead of bad.

AP English was not easy, but I enjoyed it. I didn’t “shine” in class, but I held my own. Mrs. McDonald encouraged all of us to think about life after high school and did not laugh when I decided to apply to Vanderbilt. Mrs. McDonald and Mrs. Firestone offered to write my letters of recommendation. Even though my ACT score was high enough, my school counselor told me that I was wasting my time and money. I applied anyway.

When I received my acceptance letter, I do not think anyone was more proud than Mrs. McDonald and Mrs. Firestone. Mrs. McDonald loved to tell other teachers about my plans and often told people that one of her students was going to Vanderbilt. When the school year ended, it was difficult to say goodbye to Mrs. Firestone and Mrs. McDonald. I tried to thank both of them for the inspiration which they had offered so freely. Even then I knew that the generosity of spirit which they exemplified was rare.

While I planned to stay in contact with both ladies, I did not know how soon once again that I would need Mrs. McDonald’s support. In June after my high school graduation, I was scheduled to attend Freshman Orientation at Vanderbilt 200 miles from my home. My mother fell and broke her ankle two days before we were supposed to leave. I was devastated and completely sure that I would not be able to go because I had neither car nor driver’s license.

In the hospital, my mother remembered all of Mrs. McDonald’s interest in me and her support of my dreams. Mom insisted that I call Mrs. Mc and ask her to take me to Freshman Orientation. She drove over 200 miles and stayed at Vanderbilt, sleeping on dorm beds for those three days. During the whole trip, she kept talking about how lucky she was to be able to come with me.

Even now, over twenty years later, I am in contact several times a year with both of these now-retired ladies. I think of them frequently as I work with my own students. I try to be as accepting of all of my students and their quirks as Mrs. Firestone and Mrs. McDonald were of me. Sometimes I have to take a breath and ask myself what they would do. I hope that my classroom provides my kids the safe place I found. While I have tried many, many times to thank both women, I find that the best way to honor them is to try to care like they do.